Oyo State Government has won a case in which it was challenged by a gaming company over business registration, right of regulation and statutory power to control gaming activities in the State.

The judgement which was delivered on Thursday at the Federal High Court in Ibadan was instituted by Give ‘N’ Take Limited, a gaming company in Ibadan on the 12th of November 2018, challenging the authority of Oyo State Government over regulations and control of gaming activities in the State.

In the originating summons dated 12th of November, 2018, Give ‘N’ Take instituted a legal action against Oyo State Gaming Board and the State’s Attorney General at the Federal High Court, Ibadan in suit No: FHC/IB/CS/133/18 after the State wrote to the company, directing the management to obtain license and registration of its gaming activities from the board, urging the court to restraint the State from sealing off its office in the State.

The State Government, through the Attorney General and Commissioner for Justice, Prof. Oyewo Oyelowo made its claim known to the court that by the virtue of section 4 subsection 3 and 4 of the 1999 Constitution empowered the State Assembly to legislate on gaming activities, thus giving the State Government the power of regulation and control over the business.

The Oyo State Attorney General and Commissioner for Justice, Prof. Oyewo Oyelowo in his reaction, said the State Government would always tow the line of social justice rather than autocratic tendencies in relating with its citizens.

He hailed the company for following the legal process instead of fighting for Justice through illegal means.

“The judgement has again shown that Oyo State Government, under the present leadership, led by Governor Seyi Makinde would not do anything that will hurt the citizens in their social relationship or business activities in the State.

“The State is open to legal businesses and commercial activities and same must be under the control and supervision of relevant agencies of Government, this has been affirmed by the judgement and we are happy for it,” he maintained. 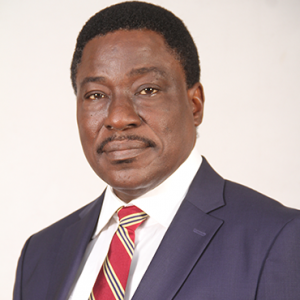